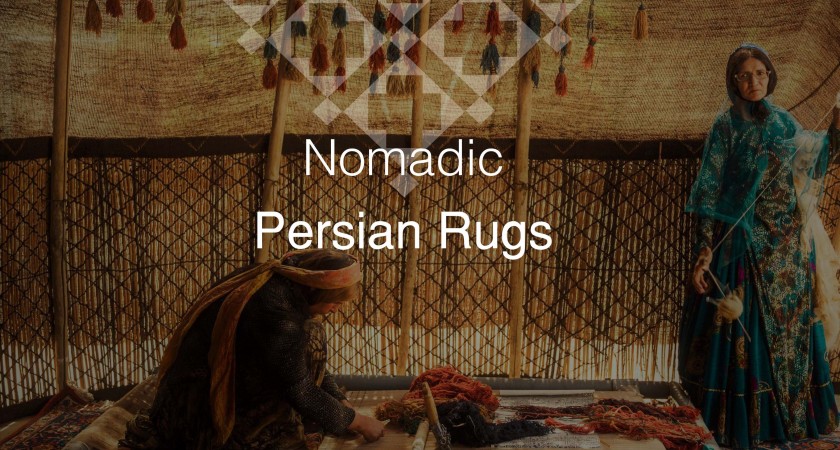 While the Iranian government, for much of the twentieth century, attempted to settle of tribes still practicing at least partial nomadism. This involves part of the tribe migrating to progressively higher ground in the spring and summer to find fresh pasturage for their flocks, and then returning to the lowlands for the cold season. Parts of each tribe remain sedentary, growing cereal crops for survival over the winter. Eventually this way of life will probably become extinct, as migrating nomads have always been problematic for governments. Nomads have been difficult to control, and their lifestyle has led to a certain independence from central authority. It also has led to rugs with different visual flavor from those of the Persian villagers, consequently varied kinds of nomadic Persian rugs have held a special appeal for carpet lovers from across the world.

Boustani is proud to introduce to you some main Iranian tribes as the largest creators of nomadic rugs with their own styles.

Baluchi people live in eastern Iran, adjoining parts of western Afghanistan, as well as parts of Pakistan. They speak an Indo-Iranian language, living on their flocks of sheep and with probably a smaller settled component than either the nomads of the Shiraz or Kerman rugs.

Baluchi rugs are the darkest group of Near Eastern pile weaves. They are asymmetrically knotted on a wood foundation and except for a group of Baluchi rugs from north western Afghanistan are usually small. Rugs of the nomadic Baluchi usually show a three or four bundle selvage of dark goat hair on the sides and kilim ends that may be decorated with rows of weft float or other flatweave techniques. There are many Baluchi saddlebags, often larger than most found elsewhere and the designs may consist of repeated geometric figures or stiffly-drawn bird figures. At some point there is usually a figure is ivory which stands out from darker colors. Pieces with prayer rug designs are common usually with a squared Mihrab and often showing a tree-of-life design or repeated geometric figures. Baluchi rugs woven in and around the Iranian towns of Turabt-e Heydari and Turabat-e Jam (currently Khorasan province of Iran) are finer than most others, and often show renditions of the Herati or Minakhani designs. Until the last part of the 20th century Baluchi rugs were among the last expensive hand-knotted floor coverings, and they were often regarded as beneath the notice of the serious collector. This has dramatically changed, as a number of serious collections based on Baluchi rugs have been formed, and a wide literature on the type has accumulated. What was formerly seen as small, somber, loosely woven rugs, are now taken seriously, backed up as they are with a careful analysis of designs and iconography.

While village and nomadic rugs from rural parts of the Kerman province are often described as products of Afshar tribe, there are a number of people living in this area, although weavings of specific groups are extremely difficult to distinguish. Those with symmetrical knots are said to have been woven by nomads of Turkic origin, while asymmetrically knotted rugs are attributed to villagers of Iranian descent, although no doubt there are exceptions. The rugs are usually small, although there are a small number of 19th century pieces made in adoption of city designs. The old rugs are all wool, while more recent examples have a cotton foundation. Some pieces have long flatwoven bunds at both ends, as one finds on some Turkmen rugs. Many of the designs show stylized versions of city designs, with stiff medallions or botehs. Some show repeating geometric figures. Field color is often of blue and many of the rugs show as much blue as red. A large number of bags are found from this area, as are flatweaves in a variety of structures.

Shahsavan and rugs of the Varamin area

The Shahsavan are a nomadic and semi-nomadic group scattered about eastern Azerbaijan, with some migrating as far south as the Hamedan plain in winter. In the summer their pasturage is farther north, mostly on the Savalan massif east of Tabriz. Their best known woven products are attractive bags in a fine soumak structure, although one may find less distinguished pile rugs in north Persian bazaars that are described as Shahsavan work. From time to time, finely woven kilims are attributed to the Shahsavan, although the label at times seems to be assigned without hard information on origin. While there are some city-type rugs woven in Varamin, usually in the Minakhani design, rugs with this label are often woven by nomadic groups who live around the city because of its relatively mild weather in winter. These tribes include some Shahsavan, Lori, Kurds, and other groups, whose woven products includes a number of bags, animal trappings and a type of kilim in eye dazzler designs, with a vivid interaction of strong colors.

At times the Varamin label seems to be loosely applied to small tribal pieces which cannot be more specifically identified.