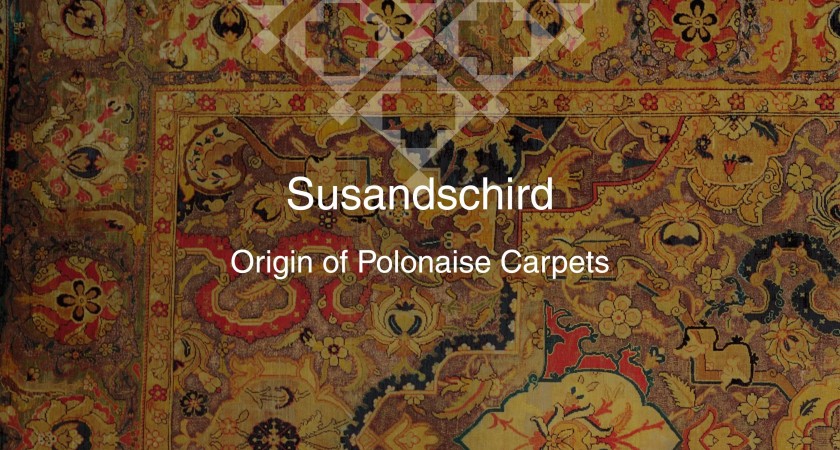 Muratowicz placed his orders to produce exquisite rugs with vibrant colors and symmetrical patterns refer to the tastes of the Polish court. Artworks with Persian traditional designs were joined by European motifs led to some pieces special, the world had never seen something like them before. A conjunction of the East and the West - and the reason why the works were later erroneously termed Polonaise carpets. About 300 of these beautiful masterpieces still exist today. These rugs sometimes were forwarded to the varied cities/points of Europe from Poland. This is why these types of rugs has known as Polish or Polonaise Carpets.
Currently, many of these carpets are exhibited in grand museums of the world. The rugs for Sigismund III bearing his coat of arms are today to be found in a number of different museums. Some are at the Residenz museum in Munich, where they arrived with the wedding gifts of the king’s daughter, Anna Catherine, the Elector Palatine’s spouse. Others are to be found in the collections of the Diocesan Museum of Studzianna in Poland, the tradition states that they were donated by John III Sobieski to the church’s treasury against the Turks at Vienna. A similar flat weave rug was purchased in 1951 by George Hewitt Meyers rug was purchased in 1951 by George Hewitt Meyers for the Textile Museum in Washington, in confirmation of original documents that spoke of a pair pf tapestries with the Wasa coat of arms. These rugs are named according to the place of sale, name of collector in which they kept, or even name of the person, and their main and Iranian names are not common among traders and art historians.

Given their frequency in Polish collections, the Safavid rugs in gold and silver are often conventionally defined Polonaises, using a term adopted for the in 1878, when a Polish aristocrat, prince Czartoryski, brought numerous examples to the Paris Exposition. Refined in manufacture and design, the Susandschird Rugs of Safavid Persia present recurrent decorative motifs.

In Persia, the Safavid tradition was revived by the weavers of Kashan. The town workshops produce the so called Kashan Suf, in which the patterns stand out in relief against a flat weave of silk, enlivened by inserts of laminated thread.