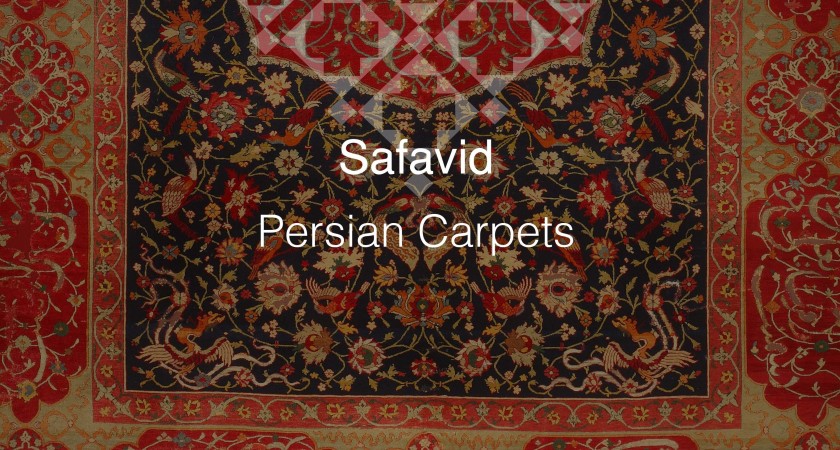 The 16th century was of great importance to the Persian art history which includes carpet weaving. In this article, Boustani Glorious Handicrafts shows you the great flowering of local arts under ruling of the Safavid dynasty, the first native empire that governed on all across the Iran since the 7th century Arab conquest of Persia.

Probably the most importance area is central Persia, where we know from good historical data the carpets were woven in Kashan and Isfahan at least since the beginning of the 17th century. Kashan has long been associated with carpets of silk pile (a material more commonly used only for the warp and weft in other weaving centers) even to the present, and likely such silk rugs as the so-called Vienna Hunting Carpet were woven there. Shah Abbas I of Persia (1587-1629) established a court factory at Isfahan when he moved his capital there in the late 16th century. Many silk and metal brocaded carpets of the period certainly must have been woven there.

Portrait of Shah Abbas I of Persia

Tabriz and the entire northwest of Persia have also long been described as an important weaving center; Arthur Pope lists it as by far the most significant. Tabriz was the first Safavid capital, and a court factory could have been located there. But Turks overran the area four times during the 16th century, and the seat of government was moved to Qazvin and finally Isfahan.

Evidence of rug production in Kerman is less specific, although there is some probability that weaving continued there after the Afghan invasion. Kerman was little distributed by this catastrophe, but it was laid in ruins by Agha Mohammad Khan Qajar in 1794. A group of floral carpets, usually referred to a vase carpets, is thought to have been woven there.
The last major area, eastern Persia, is also mentioned as a likely source of Safavid carpets, but many pieces alleged to be from here were probably woven in India. Herat was the major city of the district, and it had been the capital of Shah Rukh in the early 15th century. There is a large group of later carpets traditionally known by this name, although weaving in the classical Persian style had apparently ceased by the 19th century.
Polonaise carpets or Polish carpets mark as a considerable part of Safavid Persian carpets. Polonaise carpets are made with silk and metal threads of gold and silver coating in Isfahan and other weaving centers of Persia in the late 16th and 17th centuries at first for court use and then commercially. Weaving production process of these masterpieces started in order of Sigismund III of Poland to some Armenian traders in 1601-1602. Safavid carpets are result of a unique conjunction of historical factors, royal patronage, the influence of court designers at all levels of artistic production, the wide availability of locally produced and imported materials and dyes and commercial acceptance, particularly in foreign markets.